In 2009, the Luxembourg State concluded a public service contract with the CFLs covering the period from 2010 to 2024. Through this rail / road contract, the National Company was entrusted by the government with passenger transport at the levels national and cross-border. In terms of public transport, CFLs play an essential role and form the backbone of the public transport network. Thus, the number of travelers transported has grown steadily to reach 23.3 million in 2018. More than a quarter of these travelers are made up of cross-border passengers. With 68 buses the CFL also operate bus lines outside the rail network. 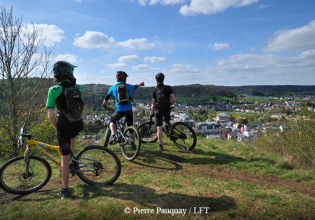 4 regions to explore by bike